This project was a monolog interpreted by Misa Lommi. In her mid twenties she was supposed to portray a woman of 80 years. We realized that within our bodies, whatever the age, there is another mental body that follows no rules but rather leads an emotional age that constantly changes depending on the change in mood. Sometimes the physicality of an old woman with stiffness of limbs took over and sometimes a memory made her jump over the bed and roll around on the floor. The story was based on the life of Maria Feodorovna and described the times where she lived as the Tsarevna of Russia and how she never could accept the deaths of her son and her five grand children that was shot and buried in unknown graves in the woods. 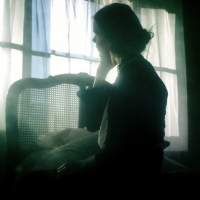 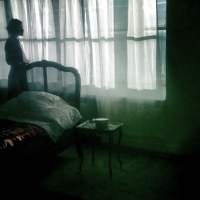 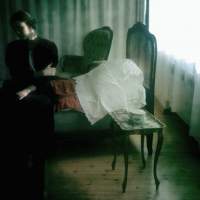 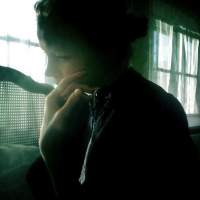